Roles in the Ecosystem come with specific views. The benefit of a view to a role is to present only what is relevant for the role's responsibility, thereby hiding the complexity that is not relevant for that role, but is still relevant for the whole system in the end. The system in the end consists of many concrete models based on the RobMoSys Composition Structures. These elements are contributed by roles that work through views and interact such that the contributed elements are composable to form a system. As a result, the individual role can focus on its responsibility and expertise alone, while working decoupled from other roles. This is enabled by the RobMoSys Composition Structures. 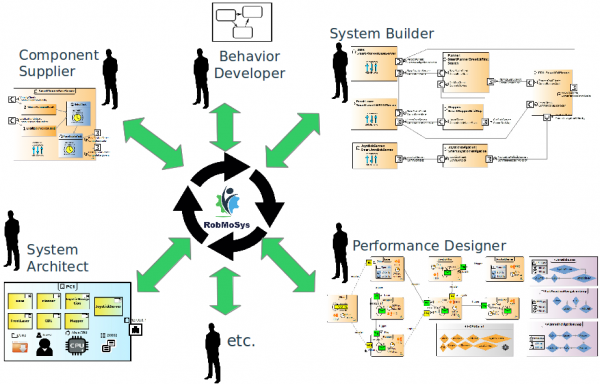 Each role that participates in the ecosystem uses a dedicated view to focus on its responsibility and expertise.

A role has a specific view on the system at an adequate abstraction level using relevant elements only. A view is not only in the sense of a perspective where one only sees a part of the system but does not see the rest, even if it is there. Instead, a view shows an excerpt of the whole system that can be viewed independently of the other parts. These other parts might even not exist at the time of having the view on the system, because it is composed to other parts to form the complete system later. 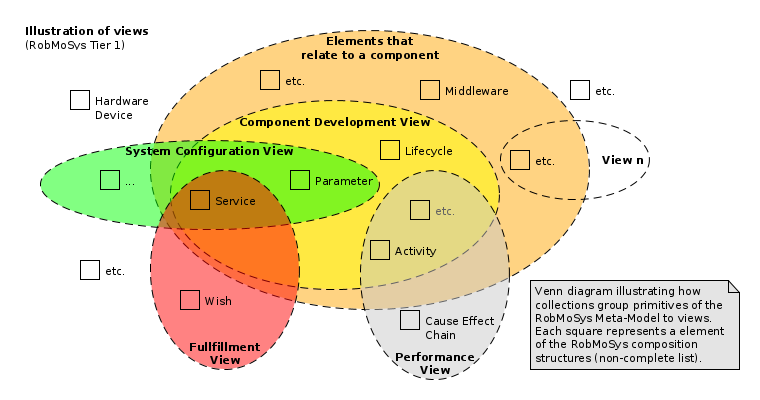 Example: Consider a closed book. The view of a front cover is a certain perspective on the book. Even though only the front cover is visible, the whole book is lying there. The book also consists of its pages and the back cover which are not visible, even if they are there. It, however, makes perfect sense to only look at the back cover of a book, its content pages or even the individual chapters separately (an excerpt of the book) as both the front page and the back page can be designed differently (separation of roles) and then be put together.

Views in relation to composition structures and roles

The figure below illustrates the link between several views. The Modeling Twin is handed over between one view to the next. There is no strict order in the sense of a strictly order value chain. Instead, the interactions form a network of collaborating roles consisting of various bilateral interactions between suppliers and consumers. 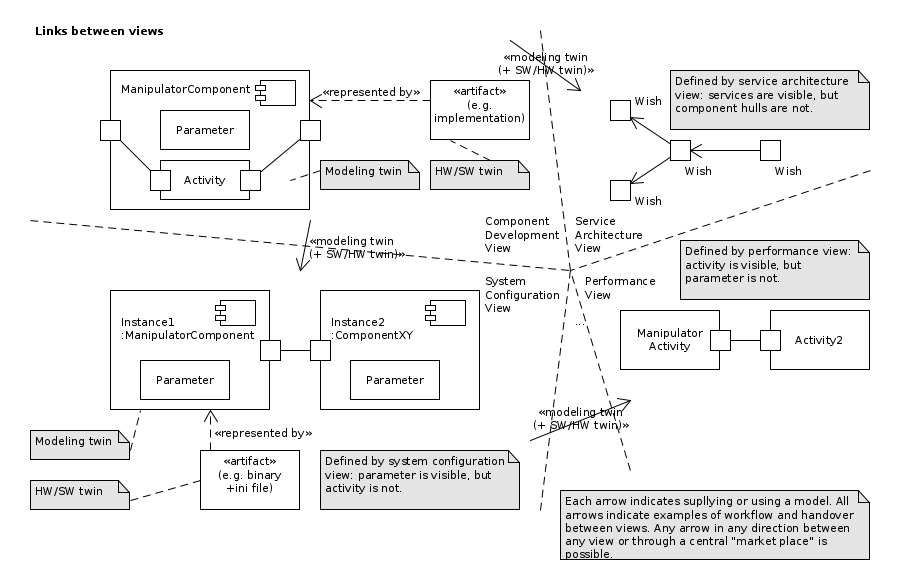 The figure below illustrates an example where two views are connected by a third view. The service architecture can serve as a blueprint for system configuration. 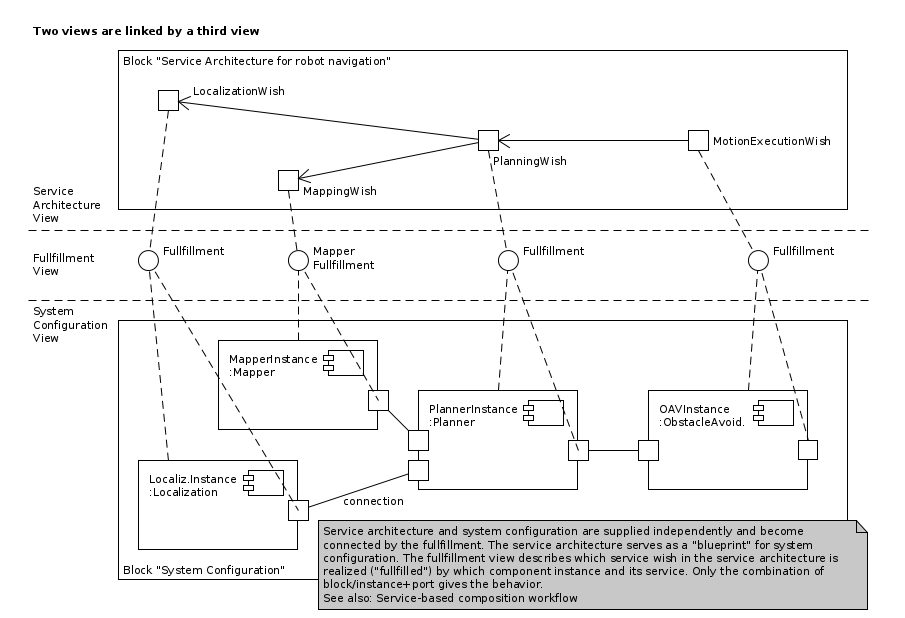