The Execution Container View shows the mapping from platform independent models (such as components and services) into concrete platforms (i.e. Operating Systems and Communication Middlewares).

A component (see Component Metamodel) is at first independent of an actual execution environment. The actual mapping towards a communication middleware and an operating system (OS) is done in a later development step (such as e.g. the deployment step). For example, during the deployment phase of component to a specific platform, an accordingly used operating system and communication middleware become known which can then be mapped to the so far independent component. 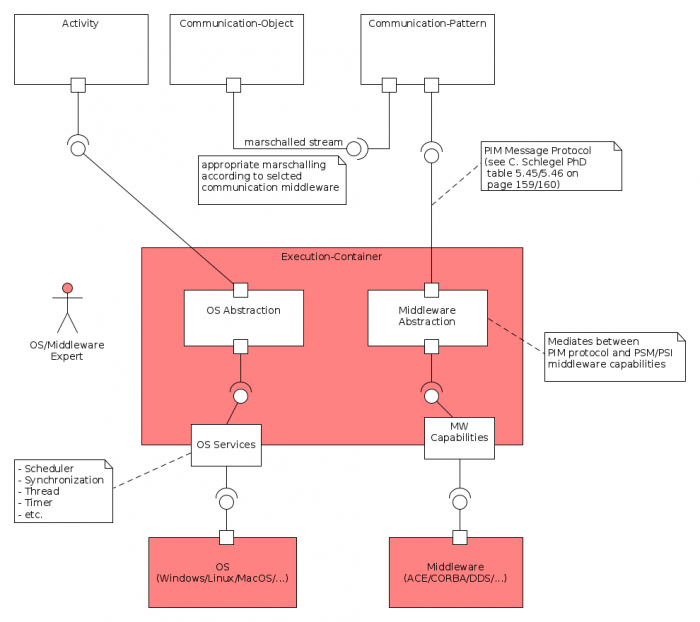 At this point an Activity becomes a certain implementation of a thread (such as e.g. a Windows thread or an RTAI real-time thread). Also, the actual marshaling (i.e. the serialization technique for the communicated data structures) and the used communication environment are selected. This should not affect the possible functional constraints of a component and different communication middlewares should be usable (as long as there are no specific constraints such as e.g. a specific real-time requirements for communication, which then should be complied with).