This page describes how the SmartSoft World and the SmartMDSD Toolchain supports the three composition tiers in the RobMoSys Ecosystem. 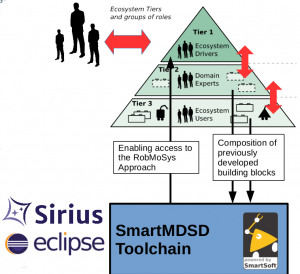 The SmartMDSD Toolchain is available as a standalone installation and as a virtual machine image that includes a fully configured SmartSoft installation and the components of the Navigation Stack. 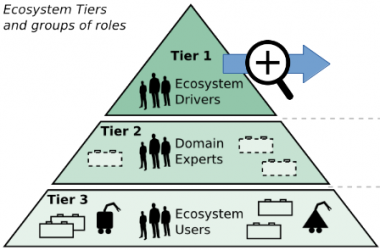 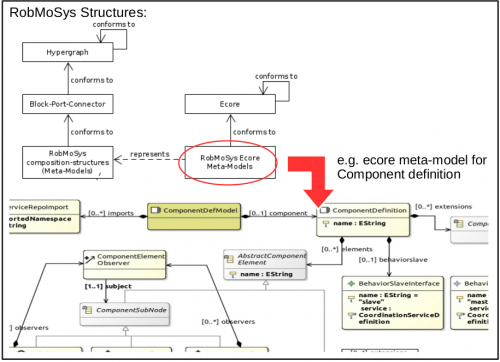 The figure on the right illustrates by the example of the component meta-model how the RobMoSys composition structures are realized based on Eclipse Ecore. This and many other meta-models are implemented within the SmartMDSD Toolchain and are used to provide dedicated model editors for specific roles at the lower Tiers 2 and 3. 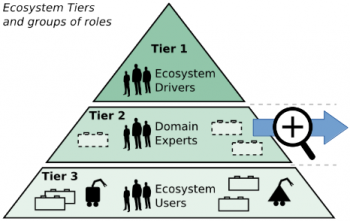 The SmartMDSD Toolchain supports in modeling domain structures (i.e., domain models) that conform to the RobMoSys composition structures defined at Tier 1 (see above). On the one hand, this means that the Toolchain internally implements the related Service-Definition Metamodel (see the Ecore diagram below) as part of Tier 1, and, on the other hand, the Toolchain provides relevant model editor (see the Eclipse screenshot below) to support the involved Service Designer role in the definition of domain models (i.e., service definitions). These domain models are used at the next Tier 3 to (a) implement components that realize specific services and to (b) compose systems by interconnecting required and provided services of related components.

The SmartMDSD Toolchain screenshot below shows an excerpt of the domain models of the Flexible Navigation Stack. 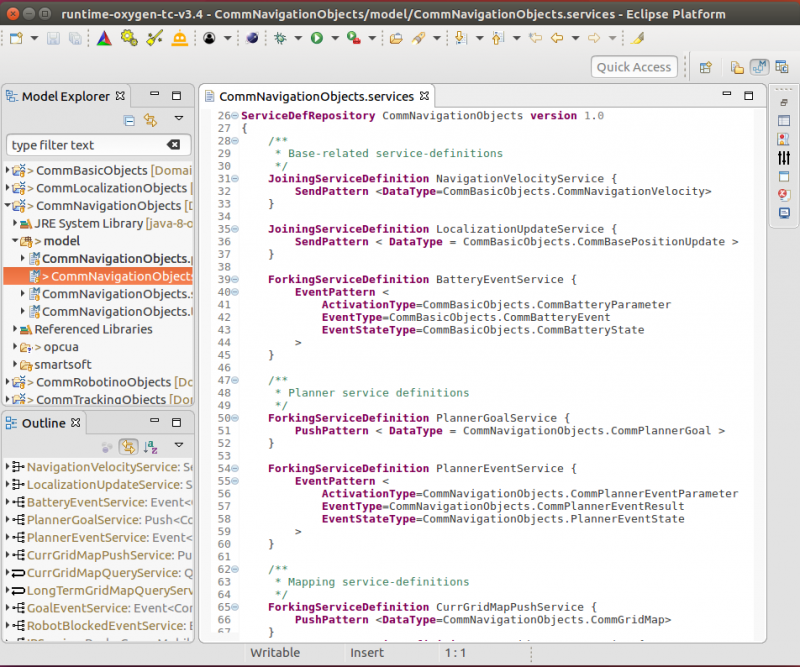 All the domain models of the Flexible Navigation Stack and other stacks are publicly available for immediate use in the Github repository:

The main developer role at this Tier 2 is the Service Designer.

The Tier 3 is about adding content to the Ecosystem in the form of reusable software components and systems. The SmartMDSD Toolchain supports in developing components and in composing previously developed components to systems, as well as deploying systems to robotic target platforms. 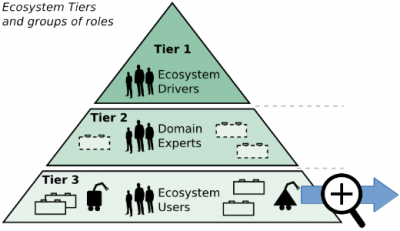 Similar to Tier 2, the SmartMDSD Toolchain implements several RobMoSys composition structures (i.e., Ecore-based meta-models) for Tier 3 related to component development, system composition, and deployment. On the one hand, at this Tier 3, Component Suppliers can develop individual components that realize selected service definitions (i.e., domain models from Tier 2). On the other hand, System Builders can compose components to new systems. Other roles, such as Performance Designer, Safety Engineer, and Behavior Developer cooperatively contribute to a system from different modeling viewpoints. This Tier 3 consists of the majority of Toolchain users as these are all the Ecosystem participants who provide concrete content and who compete with building block alternatives with unique selling points thus altogether realizing a robotics component and system market. 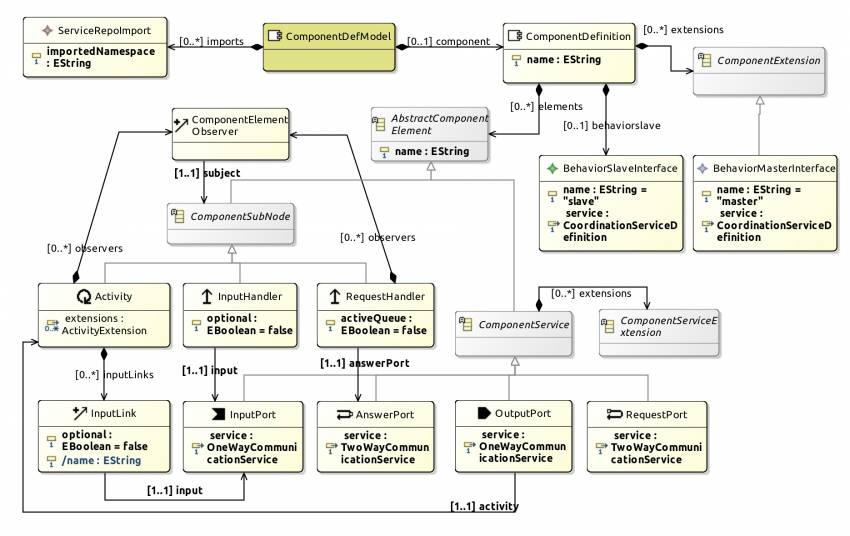 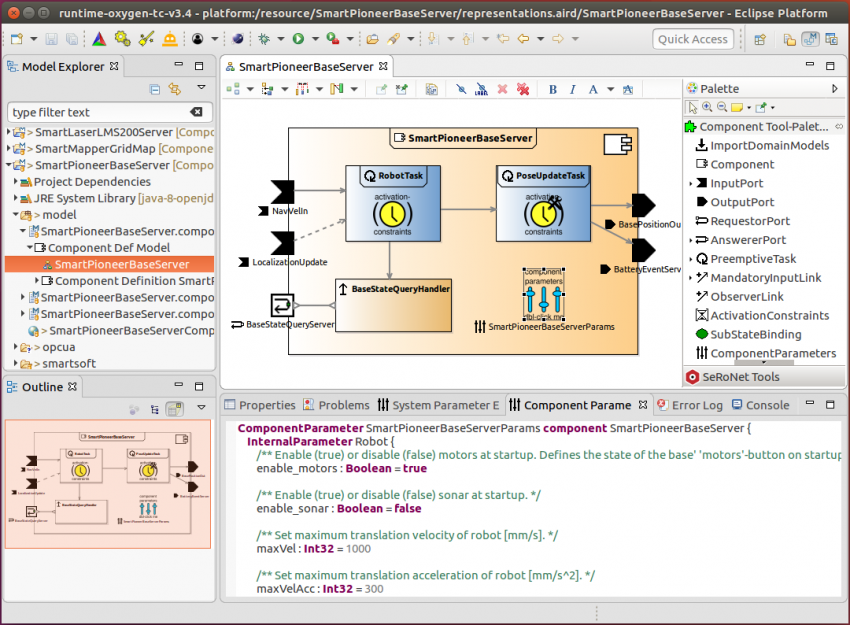 Several fully implement components based on the SmartMDSD Toolchain and the SmartSoft framework can be found in this Github repository:

Besides of the component-development view (that is used for illustration above), the SmartMDSD Toolchain implements several other system-related modeling views that enable the related developer roles to define relevant system models.