Cause-Effect-Chain and its Analysis Metamodels

The Cause-Effect-Chain meta-model and the according Analysis Metamodel are two parts of the overall RobMoSys Composition Structures. See also Architectural Pattern for Stepwise Management of Extra-Functional Properties and Managing Cause-Effect Chains in Component Composition.

The main concern in these meta-models is to specify application-specific (often non-functional) system properties. This is considered as an important aspect in RobMoSys, which is however sparsely addressed in robotics research. One of the core publications that addresses this issue for a narrowed problem domain, namely for designing causal dependencies and overall end-to-end delays in a system, can be found here:

This publication also provides an initial version of a meta-model that is used as first version in RobMoSys for addressing the overall problem domain. 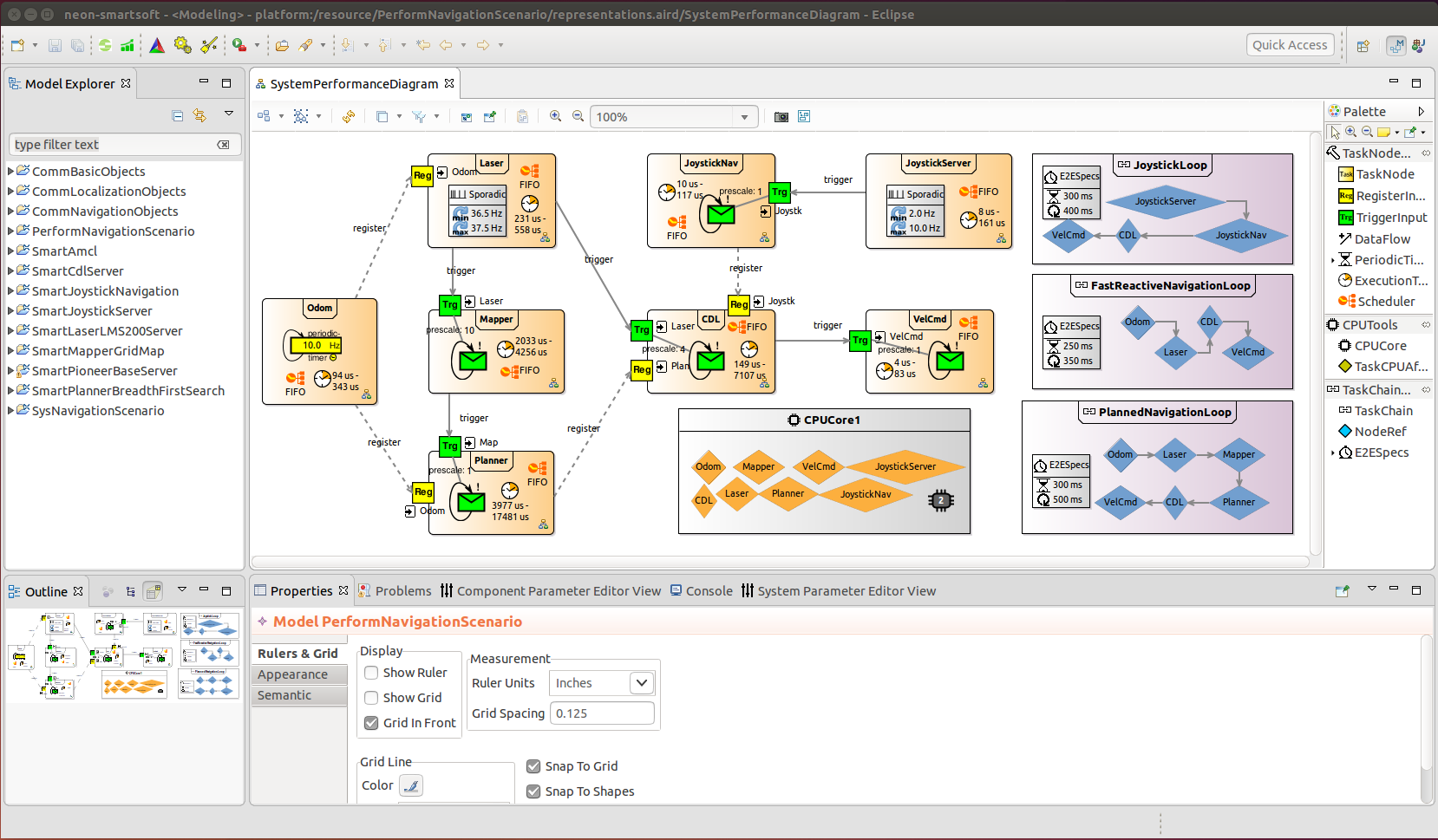 An open-source reference implementation of according model-driven tooling (see above figure) is publicly available within the sourceforge git repository. Further information thereto can be found here.

Later versions of the initial meta-model will be extended throughout the run-time of the RobMoSys project to address a broader problem domain.