Modeling and developing a software component is the main responsibility of Component Suppliers.

This architectural pattern relates to the following abstraction levels:

The concept of a component spans across several abstraction levels: 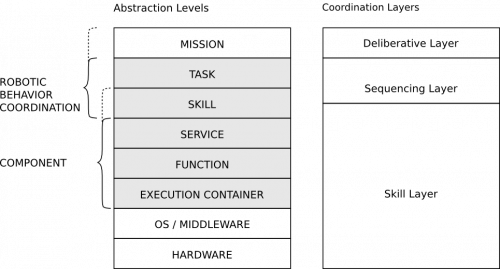 A flexible component model that allows different bundlings of several provided services and that decouples the service definition from its realization within a component:

In addition to the “regular” services a component also implements a generic configuration and coordination interface that provides access to: